The Two Coins: Meditations on Trade 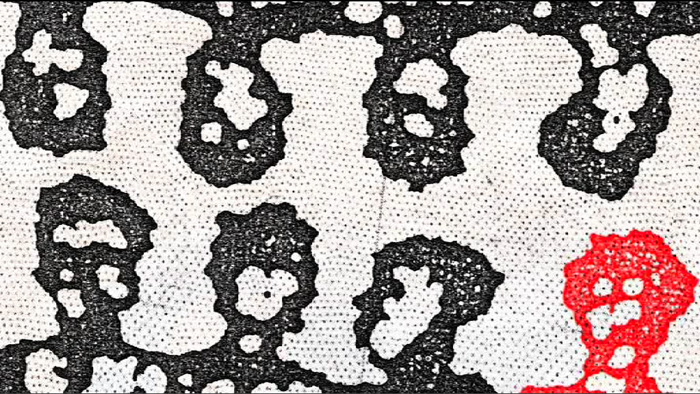 Originally inspired as part of a multimedia temporary sculpture and moving image installation created to surround monuments erected in memory of the 18th Century slave traders, the intention of The Two Coins: Meditations on Trade video essay was to present an unprejudiced historical legacy while highlighting collective responsibility to prevent negative forms of 21st Century trade, which create new forms of modern slavery.

Evelyn’s reliance on detailed in-depth subject research creates the framework and give context to his experimental use of varied and diverse mediums such as The Two Coins: Meditations on Trade. The complete 55min moving image work illustrates dormant history as silent meditation.

Below are a series of edited excerpts from The Two Coins Meditations, which stand alone as independent scenes.

Part 2: The Trade of Equals

I was so moved by the Two Coins film that I didn’t want it to finish. The images contained both beauty and pain, and inevitably it seemed this built a momentum that spoke of many hundreds of years.

We are really looking forward to The Two Coins installation in Bristol and then your tour to many places around the world.

Congratulations to you and your team on this outstanding piece of work.

‘As an academic historian, I found it both stimulating and humbling to work with a creative artist like Graeme Mortimer Evelyn on this project. His approach avoids the crude polemics, which forecloses so much of the discussion around abolition and slavery. The images in his film are provocative and beautifully shot. His imaginative method, juxtaposing as it does past and present, drama and documentary, statistics and poetry: may not be strictly  ’academic’, but it succeeds in making audiences think, reflect and see things in a new way.’

University of the West of England, Bristol

“I invited Graeme Evelyn to display the Two Coins Project to be displayed at the MLA/UNESCO-sponsored International Museums Conference in July 2007.

I wanted to provide the opportunity to showcase the work of a Black Bristol artist to a global audience and to explore opportunities for the piece to tour not only other UK cities but also internationally. I think that the Two Coins can provide Bristol with an artistic legacy from the Bicentenary and can also support dialogue around sites of memory and monuments.

There was considerable interest in The Two Coins from museum directors who attended the conference, particularly from representatives of the Museum in Docklands, Ghana, Angola and Barbados.”

‘The Two Coins is a very moving, emotional and historical short film and I give all my support for it to be exhibited in other cities/countries and hopefully to be used as an educational reference.’

“Nice connection between the historical side of Euro/Bristol slave trade and current links to today’s enslavement (non-legal) and unequal business relationships (or exploitations!). Good visual storytelling for transient City centre context. The pausing of text on screen will give natural breakages for passing audience.”

“A piece that somehow tells a whole story with multiple ‘pictures’ or scenes – not only does that work well as a format which the public would dip in and out of, but also as a layering of memory, of history (conceptual rather than didactic). What an accomplished piece, unhurried, not cheap, thoughtful, wise.”

“Excellent – keep up the good work. As you said, I have done research on slavery, but this threw an angle on it for me” Mary Palmer

“Well done Graeme! Moved by images and text! How images can tell a story with out sounds or even words! Reminds me of Phillip Glass movies! Wishing you the very best in your next move! ‘Open Doors’, All the best”  Kumuda. (Keep it true)

“VERY MOVING!! This film brings together so many threads of a big story that we all need to discuss the truth about. ARTISTICALLY VERY PROFESSIONAL and well done. You must’ve researched it really thoroughly and I like the way you’ve shown how the Transatlantic Slave Trade created the need for global goods and that basically slavery has never stopped. I am so inspired to do my own research – and want to see the truth about slavery and capitalism revealed more and more.

This is the beginning of something that will have a great impact in the world. THANKYOU.” Ellen