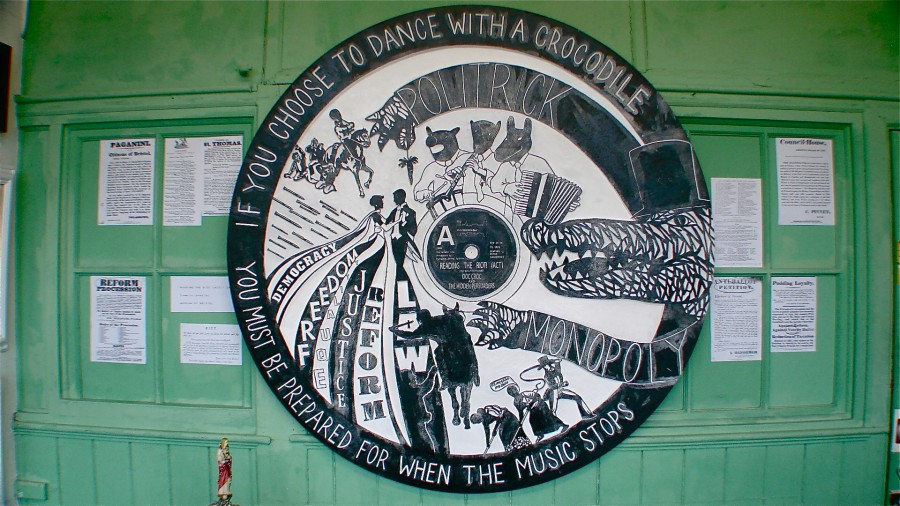 – In 2009, Evelyn was commissioned by the new Museum of Bristol to subvert historical record. The result of extensive research and an old Chinese gambling table – the museum acquired the large painted relief sculpture, Reading the Riot (Act), a permanent work acquired for their new contemporary art collections. This commission is on permanent display in the M-Shed Museum of Bristol. It is an uncompromising and challenging piece of the long history of dissent within the city, which in retrospect, since the riots in Stokes Croft, Bristol, democracy protests internationally, unrest in Greece, Spain, recent riots in London and mass demonstrations in Turkey, Brazil, Egypt, Syria etc. Reading the Riot (Act) seems strangely prophetic and timeless. 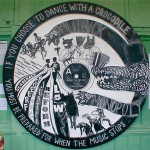 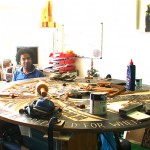 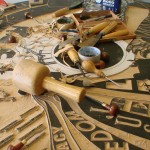 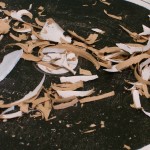 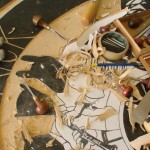 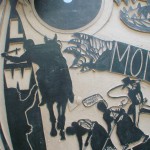 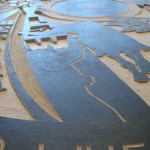 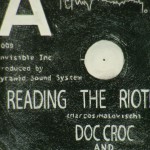 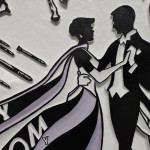 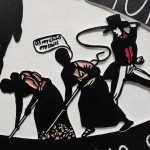 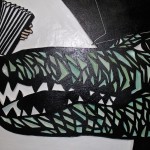 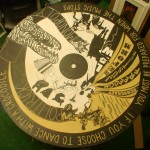 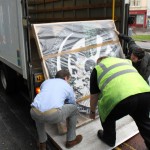 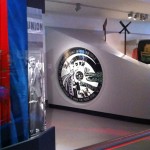 Inspiration for Reading the Riot (Act)

“We have laws against it, precisely so we can get away with it. Corruption is our protection. Corruption is what keeps us safe and warm. Corruption is why you and I are prancing around here instead of fighting each other for scraps of meat out there in the streets. Corruption; is why we win.”

Although the proposed work will reference mainly the Reform Riot of 1831, it will also encompass the threads and links with other historical narratives outlined in Challenging Stories. The first impressions I gained from reading the brief, surveying the histories considered and surveying the documentation that supported the commission were several defining links.

I am particularly interested in the metaphor of the ‘record’ and ‘recording’ of events of ‘truths’, ‘facts’ and ‘fiction’, especially through use of the circle. The uses of circles have often represented cycles of repetitive historical events in many cultures.

“What goes around comes around”

“The Cause and Effect of Karmic Action and Reaction”

Bristol’s relationship to its often dissent inspired popular musical legacy, which has encouraged so many to relocate to the City, in search of a rich tapestry of recorded social musical chemistry, will be an important reflection within the central work.

Tweet
← La Boheme (I watch everything)
The Two Coins: Meditations on Trade →