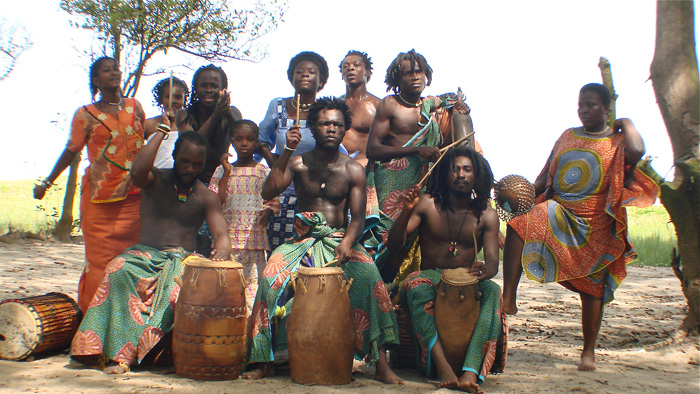 During location filming in Accra, Ghana for The Two Coins – Meditations of Trade, I was introduced to the prevailing Neo Pan Africanist mood throughout the academic and creative intelligencia, especially during the period of celebrating Ghana’s 50th anniversary of political independence. One such group was the Africando Dance Ensemble based in Accra. This is one such example of the many creative collaborations during my visit to Ghana, which included interviews with notable Ghanaian cultural and historical instigators, documenting a countries new generation of cultural thinkers.