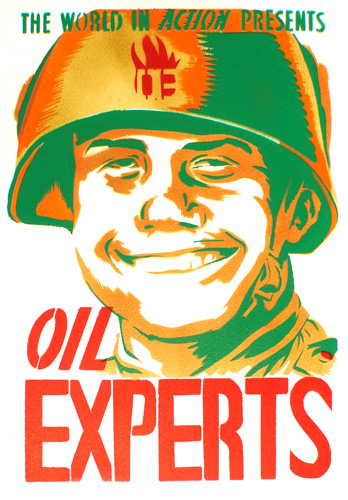 – The artist formed part of the groundbreaking and influential post-punk-electro-hip-pop-experimental band, OIL EXPERTS from 1998 – 2003. The group was instrumental in the emergence of a new Bristol underground sound created in that time mainly by new musicians just relocated to the city in the wake of Massive Attack, Tricky and Portishead, but not wanting to be identified with the perceived mainstreaming of the “Bristol Sound”.

Oil Experts were well known to be instigators of pop up guerrilla gigs, art campaigns and collaborations with visual art groups, underground cinema and institutions, notably playing live scores for contemporary theatre performed at Bristol Old Vic and film, such as the classic silent 1920 German expressionist horror film, The Cabinet of Dr Caligari at the Arnolfini Bristol.